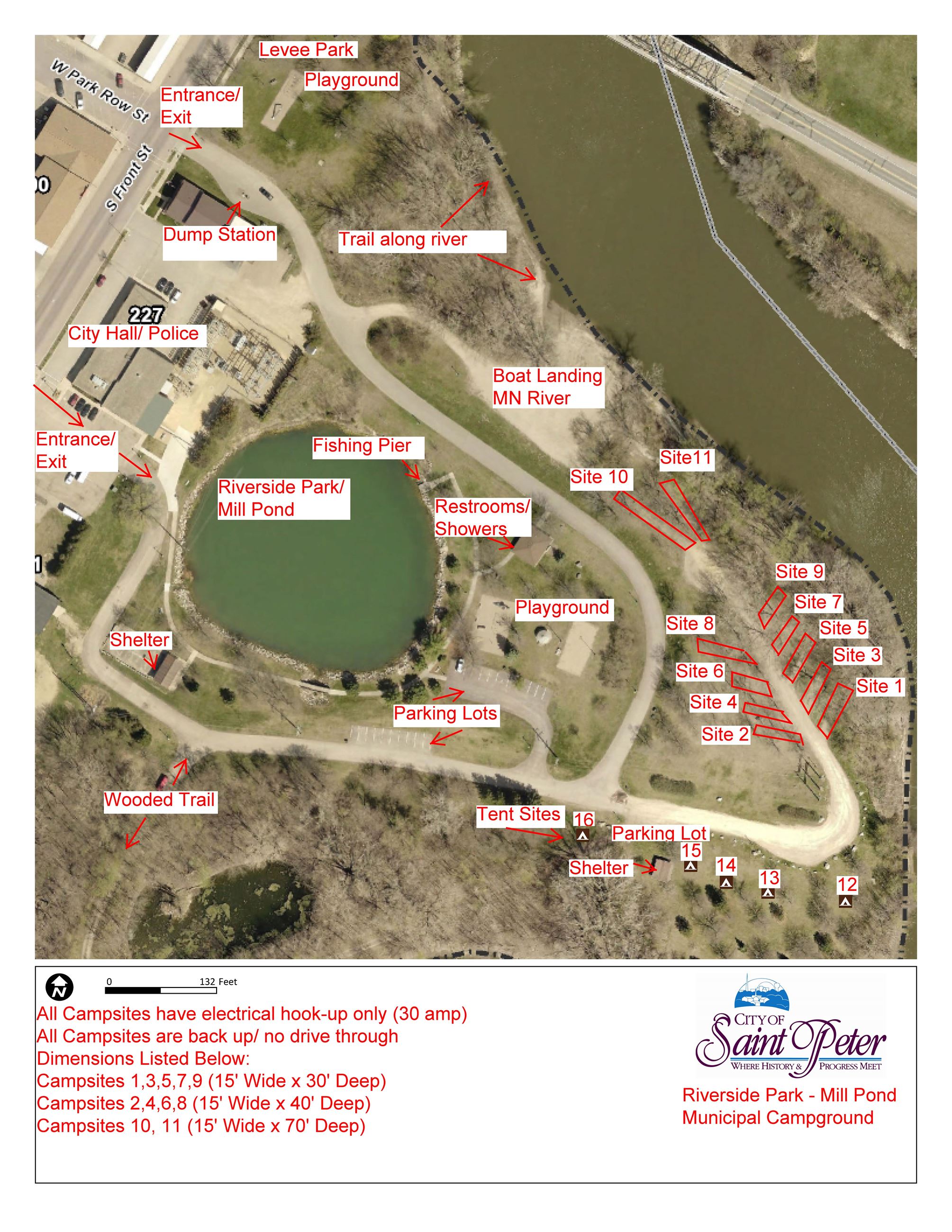 The origin of the Mill Pond is uncertain. In the late 1850's, a flour mill was built at Front Street and Nassau Street in an area next to the current City Hall. The mill burned and was rebuilt twice in the 1860's, and the final mill was still there after WWI. The mill ground grain from the Nicollet and LeSueur County area, and flour was shipped by steamship and then rail to markets.

The area from the pond to the river served as a trash dump for Saint Peter for many years. Brush and yard waste were collected and burned there into the 1970's, when the city began cleaning up, moving in soil, building the circular road around the raised levee, aerating and stocking the pond. In 1985 the concrete boat landing was built, and in the late 1980's a shelter, restroom, picnic tables and play equipment, with camping were added. For a few years of relatively dry summers, a rough camping grounds area was open on the flood plain to the south of the pond, but frequent flooding in the 1990's led the city to close off the area to camping. There are foot trails running throughout the flood plain park area, south to Highway 22.